Nearly forty years after its inglorious end, the Vietnam War continues to dim the American conscience – no longer really eclipsing it, but it’s still there, looming, nevertheless. “Mattherhorn,” a new Vietnam War novel by Karl Marlantes, brings that eclipse back into the direct vision of anyone who reads it. An instant classic, “Matterhorn” deserves all the literary hype surrounding it. With the litany of Vietnam-era films, memoirs, and novels already out, I was skeptical that a new piece of art could contribute anything more to the murky chronicles of the Vietnam War. To color me wrong in this regard would be a disservice to the visible spectrum itself.

Though many great pieces of fiction have taken place in Vietnam, very few have attempted to do so in the sweeping, wide-vision manner of an epic – until now. The finest Vietnam novels, like Jim Webb’s “Fields of Fire” and Tim O’Brien’s “The Things They Carried” tend to rely on the emotional rawness of the individual to drive forward plots and link together themes. “Mattherhorn,” true to both the mountain peak its name comes from and to its imposing size (600-plus pages), delivers in an all-encompassing manner. Though the story follows, for the most part, a young second lieutenant struggling to come to terms with the responsibilities of a platoon leader, the omniscient third-person narrative allows us inside the minds and motivations of privates and colonels alike. Clearly influenced by James Jones’ “The Thin Red Line” and Norman Mailer’s “The Naked and the Dead,” Marlantes presents a complete jigsaw puzzle to the reader, rather than allowing us to fill in the framework as we please. There is a lot to be said for this approach, as the narrative language is somehow cleansed of both biases and bitterness – something likely filtered out over the 35-some years it took Marlantes to write the book. As both a soldier and a writer, I know how difficult a task this must have been – anger can power the pen (or the keyboard, as it were) much more quickly than resolve can, but that doesn’t necessarily make the end product any more effective.

It’s not a perfect manuscript, however. Marlantes’ odd obsession with racial tensions within the American military structure dilutes the book throughout. I’m aware my own prejudices factored into this perception – the 21st century is so post-racial, brah! – but still, these tensions all too often feel like thematic means to a plot end, rather than vice versa, adding a contrived element that is blessedly absent in the rest of the novel. This forcedness peaks near the end of a book, when a black squad leader explains to the white platoon leader that racial tension, in Vietnam and elsewhere, will go forever away as soon as we all stop caring about the collective past and only worry about the future of the individual. If that argument sounds familiar, it’s the same one your cranky conservative family member trots out every year at Thanksgiving, after assuring everyone “I’m not racist, because my mailman is black, and we’re friends.” Having a young black soldier in 1969 voice the argument of an old white man in 2010 seems like it should be offensive … but instead, it’s just overwhelms with awkwardness.

Despite its flaws, “Matterhorn” deserves its place amongst the war literature royalty. Marlantes brings alive the struggles and sacrifices of men at war as successfully as the literary lions of old. We all know that Vietnam was a clusterfuck of epic proportions, but nothing, it seems, will ever fully capture the impact this had on the souls who fought in the jungles – both the ones who returned home and those who didn’t. “Matterhorn” comes as close as possible to accomplishing such.

All those words, for this - I highly recommend reading it!

Matt, you assumption that race played too big a picture in this novel is wrong. Racial tensions in Vietnam was a huge problem, black soldiers often rebelled (no judgment on this) and gathered in groups to harrass others. Hundreds of black deserters were left behind in Saigon when the North took over. Sad but true. That should be a story in itself. I served two tours there; 1965 and 1970. ONe in Saigon and one in the field in Pleiku. Many junior officers were relieved because they could not control the racial tensions. Other than that, your review is right on.

I was a Navy radioman/forward observer for naval gunfire (1st ANGLICO/Sub 1) assigned to 3/7 Marines in '68 in Quang Nam SE of Danang not long after Tet. For my money, Marlantes is spot on. Period. Racial tension had not yet boiled over where I was but it was bubbling, more in rear areas (where I seldom was) than in the bush. I was back for a second tour in the Delta in '69 as a radioman on a Tango boat with MRTF 117 befor eit was turned over to the Vietnamese. Racial tension was high then whether in the rear or in the bush. I was glad to give the boats to the Vietnamese and get the hell out of there. 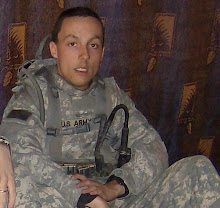 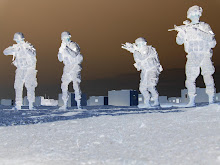 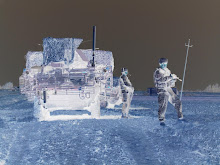 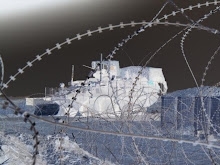